Now, as wrote Dr. Hartmann, some research group from Germany tested it for over-unity, and it is working for 140 W input and 1200 W output, so it is the over-unity system, and it will be patented in Germany. Look text after my paper here or email to Dr. Hartmann.
From 1994 to present time I can not find any serious investor to patent it for Russia or as International patent. Perhaps you know who is interested? Let do it at last.
Some demonstartion for this idea was made in 1996, look photos and my report from New Ideas in Natural Sciences Conference.

The terms "F-machine" and "F-transformer" are connected with a form of magnetic flux force lines  for this type of system.

The coil L is an ordinary coil of wire. In strength of electromagnetic induction principle the electro-motive force EMF is generated  in coil L when rotor is revolving and flux H is changing. If the load is connected to coil L the secondary flux H is created.

The total effect of secondary flux is equal to zero.

Fig. 2 shows a similar version of bidirectional operation mode. The coil L1 is loaded with the AC generator.  The coils L2 and L3 create two opposite magnetic fluxes H2 and H3 Total effect of creation of power in loads is equal to zero.

The number of secondary coils is not limited. The value of power in one coil is a function of velocity of the primary flux changes similar to conventional calculations. The consolidation of secondary coils to increase total output power is possible after rectification of every current since currents in different coils are not coherent.

The general principle is the creation of a bidirectional  power process. It is not possible to get power in load without connection between cause and  effect but it is possible to create two opposite effects for one cause.

The total effect is equal to zero in this case.

According to Dr. Aspden this "experiment (his Fig.1) gives the "free energy" answer, but he wrote: "to my surprise, with the coil arrangement shown in (Aspden's) Fig. 2. I found that the free energy becomes available well below the knee of the B-H curve at quite normal flux densities! Even at one-fifth of magnetic saturation levels, the excess free energy potential can exceed the  input power and give a twice-unity factor of   performance".

It is clear that Dr. Aspden will value the idea of the F-Generator and F-Motor. His Fig. 2 shows the same situation for magnetic flux superposition that is described above in the F-Generator scheme.

Hi All,
a toroidal overunity generator has been build according similar to figure 1 at:
http://www.time-machine.spb.ru/ph-machine.htm
(Not by Mr. Frolov in this case , I just use this picture for reference, the source wants to stay anonymous, until his patent application is done and university verification tests will be done)
The claims are: 1200 Watts coil out with about 1076.4 Watts in into the driving motor at 3450 RPM.
8 amps @117volts at noload
9.2 amps @117 volts at full load

The output of about 1200 Watts is already a total overunity operation !

As they just increase the input power by about 140 Watts only between idle and load state and they get 1200 Watts output it seems indeed a case, where Lenz law is violated ! (the driving motor
is inefficient in this case)

This generator also has NO motor effect ! If you supply current to the coil, the permanent magnet
in the center will not rotate, cause the flux just stays inside the toroid core !

There you can see, that the back drag does not influence the mechanical rotation of the magnet !

So, it is working. Who is interested to develop it and patent it with me as the real author of the idea? 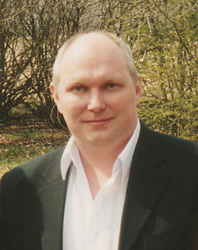